Sons of God are not fallen angels

Sons of God are not fallen angels

Who are the sons of God?
Genesis 6:1,2,4
People say, the breed of sons of God and daughters of men, are giants? But that is not what it says.
It says, And it came to pass that men (humans) began to multiply on the ... earth ... and daughters were born to them.

To understand Genesis 6, one must start reading in chapter 4. In Genesis 4 we are presented with the fallen generation in the descendants of Cain who went away from the face of the Lord, i.e., he made the choice not to serve God anymore.
And in the last verse of ch. 4, we are presented with the generation who called on the name of the Lord - the descendants of Seth, who are introduced to us in Genesis 5.

Chapter 4 presents to us the forerunners of violence; men, renowned for their accomplishments and esteemed.
Chapter 6:4 presents us with the men of those days and also after that? Before and After what? The flood. The time before the flood. And after the flood. In Genesis 6 the time is divided into before and after the Flood. Logical when you see the consequences of the Flood.

In Numbers 13:33 nephilim is simply translated with giants, and there it is simply understood to be people of great stature. These were also "fallen men" in the sense that they did not serve God. After all, the text in Genesis 6 says that there were giant people both before and after the flood.

Facts, both before and after the Flood, there were giants on the earth. Noah was also a giant and there is archaeological evidence that his wife must have been 3.70m. If the popular reasoning is correct, that nephilim were hybrids, then so were the Canaanites, the sons of Anak and the giants found in Afghanistan during the American war. And also Goliath and the giants David slaughtered? This explanation is not ...

Correct translation
(2) When people began to multiply on the earth, the sons of God (the descendants of Set, according to chapter 5) saw that the daughters of men (the descendants of Cain, according to chapter 4, the people who were unwilling to serve God) were beautiful and they took wives from among them to their hearts. (4) In those days men were giants, and also after (the flood). When the sons of God came to the daughters of men, they bore (children, who were of the same strong and great lineage), men of renown (famous and infamous).

Conclusions
The people of that time were large in stature and excelled in violence; from the context of Genesis 6 we also understand: they were thoroughly evil: truly fallen men. As wicked as Satan? No doubt, but not fallen angels. Fallen men. This is all it says and all that can be rationally extracted from this passage.
This is confirmed by the Bible itself. Read on...

Job 38:7
Two separate groups: morning stars and sons of God. Angels and beings from the worlds. Lucifer is called the morning star. But also, is Jesus. One thing we can say for sure, sons of God are not angels in this text.

Luke 3:38
"... Adam, the son of God." Adam, a man serving God, is called a son of God in the genealogy of Christ. When the family of Seth began calling on the Lord (Gen 4:26), his offspring was known on earth as the sons of God.

Romans 8:14,19
All who are led by the Spirit are sons of God. And that Spirit testifies with our spirit that we are sons of God. These receive sonship by the Spirit, that they may call God Abba Father.
There is no reference to angels here.
Eagerly, with profound longing, the entire creation waits for the sons of God to be revealed. Meaning waiting for the time when it will become clear to all who really serves God and is led by His Spirit. After all, not even all who call themselves Christians are sons and children of God, only those who really serve Him.

So, who are the children of God?
Mathew 5:9
Peacemakers

Luke 20:36
Those who will rise from the dead to glory.

Philippians 2:15
Children of God are contrasted here with a degenerate generation (compare Genesis 6)

1 John 3:1,2
"Behold what manner of love" that God gives us the title and privilege to be called the sons of God!

1 John 3:10
Children of God versus children of the devil (compare Genesis 6: sons of God and daughters of men) 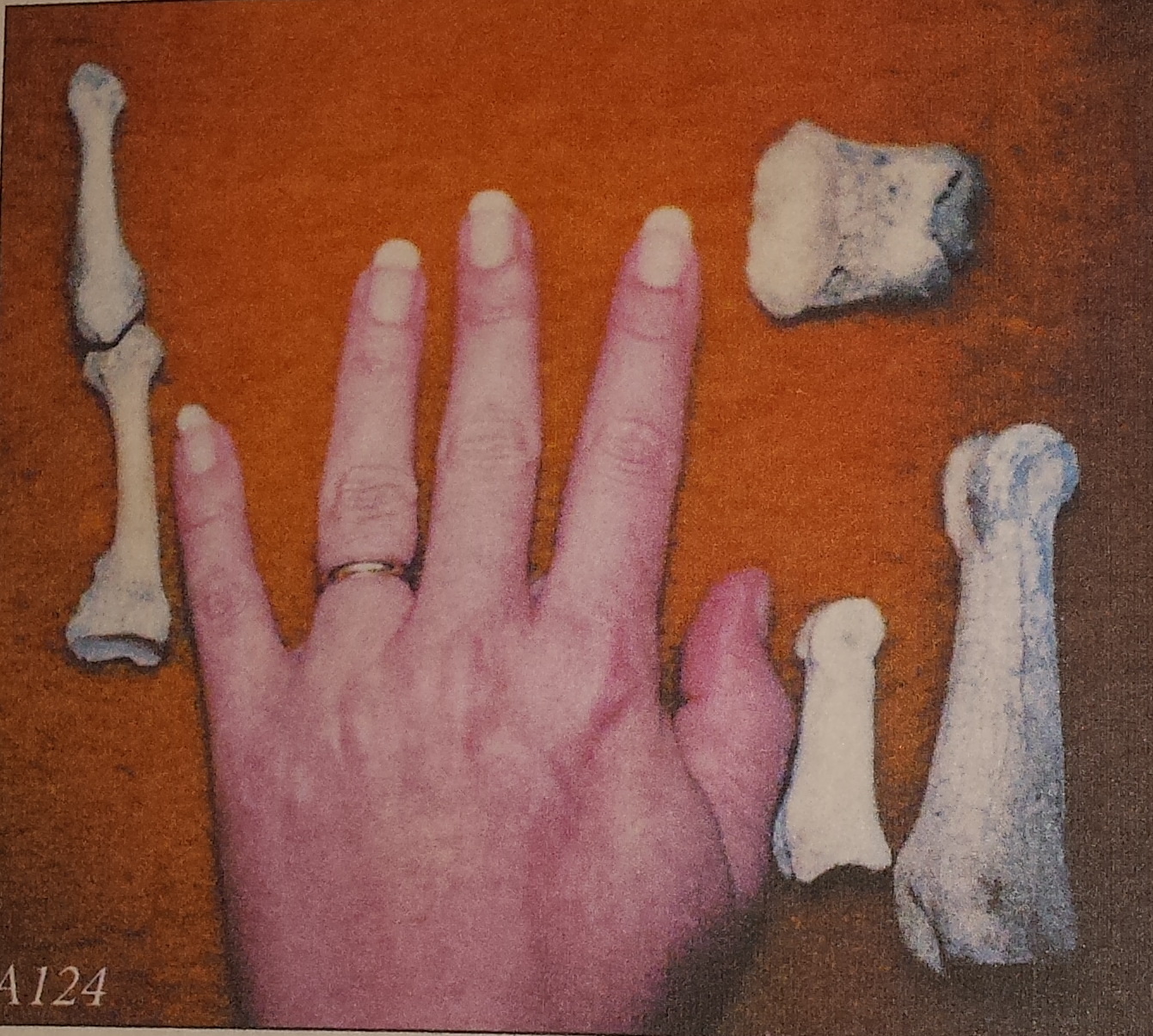 Note
Photo: In 1977, several phalanges were found near a grave in the vicinity of the remains of Noah's Ark in Turkey. That grave most likely belonged a woman, archaeologists say, Noah's wife, based on the engravings on a tombstone found at the site. The Turkish villagers call the site Naamah's Tomb. They believe that Noah's wife was called Naamah.

In the picture, the small thumb bone next to the thumb of the woman's hand belonged to a child. One knows this with certainty because the joint was not yet fully grown. The large phalanx belongs to an adult. The person of this thumb must have been 3.70m tall.
Source: Bible Truth Revealed, Kerensa Grigson, 2015, ISBN 978-0-9941997-4-4, p. 66.