Is the law of God the apple of our eye?

Is the law of God the apple of our eye?

Death entered the world because of transgression. But Christ gave His life that man should have another trial. He did not die on the cross to abolish the law of God, but to secure for man a second probation. He did not die to make sin an immortal attribute; He died to secure the right to destroy him that had the power of death, that is, the devil. He suffered the full penalty of a broken law for the whole world. This He did, not that men might continue in transgression, but that they might return to their loyalty and keep God's commandments and His law as the apple of their eye.— EGW: Testimonies to Ministers and Gospel Workers, p. 134. 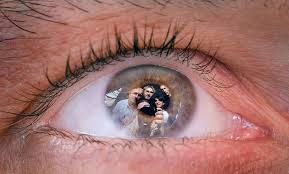 God desires that likewise His law will reflect in our eyes - that we keep our eyes fixed on them that we may adjust our course continually as we go.

That law is so important to Him that He gave His life for it. That law is the standard of His judgement about us.